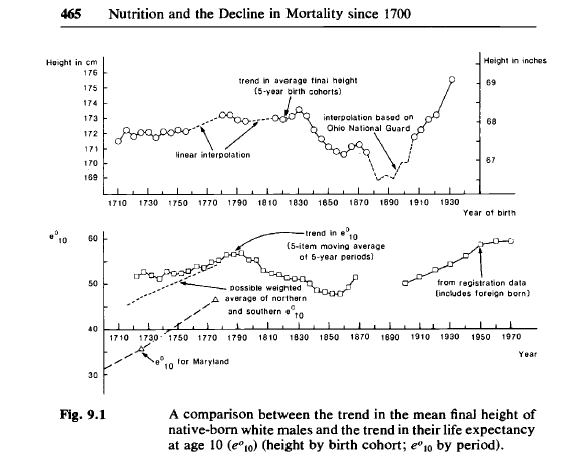 What is the point of all this rambling on about what we don’t know? The point is precisely that, we don’t know. I know it’s a lot to ask, but historians should take a critical approach to the evidence. Let people know when something is still up in the air. There is really nothing resembling a fact regarding mean life expectancy in the 1700s in America. There are a number of widely varying estimates. Don’t tell people we have “facts” that we don’t have. There are more, and more important, puzzles in history than what happened to the Roanoke Colony. Perhaps I’m getting old and cranky, but it seems to me that I have seen a lot of historians lately playing fast and loose with the evidence in order to make their point. And many of their reviewers do the same: they evaluate the book on how well it conforms to their preconceptions.
Posted by B. H. at 3:17 PM