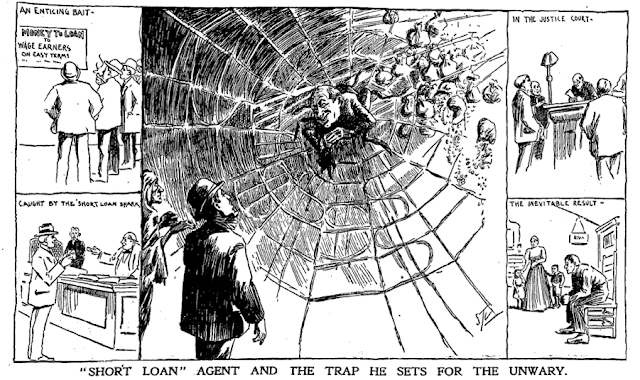 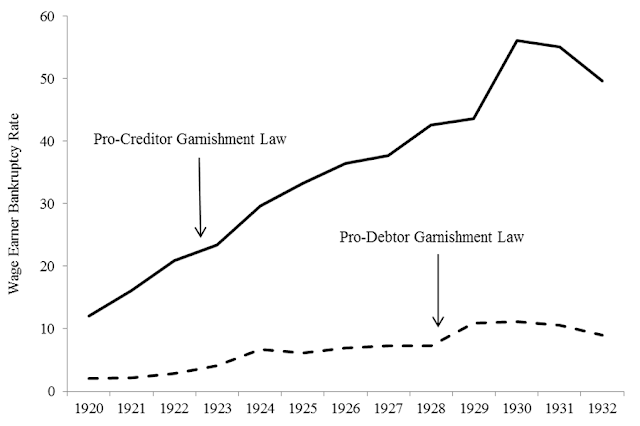 P.S. Usury laws have also restricted the ability to legally make loans to low income wage earners. They existed throughout most of American history (see Rockoff 2003 on the history of usury laws and Benmelech and Moskowitz 2010   on the political economy of usury laws.
Posted by B. H. at 10:03 AM