More on the 19th Century 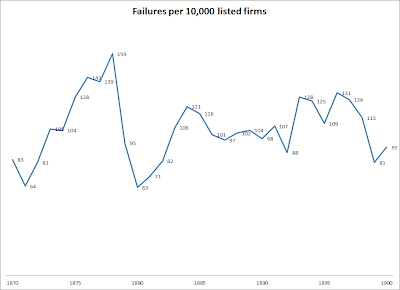 What Happened During the 1870s? 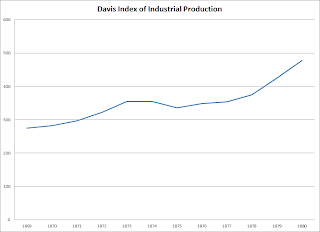 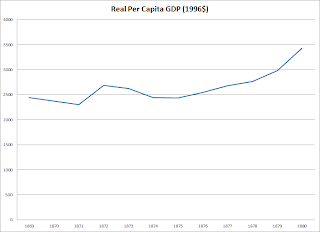 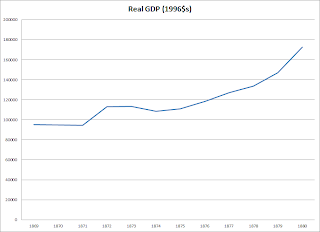 I just had to delete Brad De Long from the list of people I was following on twitter because he keeps retweeting some guy named Noah Smith. Noah Smith accused Tom Murphy of underestimating the size of North Dakota by a factor of 400. Murphy said that the area of North Dakota was about the same as a square with sides of 425 km. North Dakota is pretty much a rectangle with height of 340km and width of 545 km. Hard to see how he could be off by a factor of 400.

Earlier he said a paper by Michael Bordo and Joseph Haubrich was "bullshit." He appeared to be suggesting that the paper said there were financial crises in 1972 and 1982. The table on page 23 of the paper clearly states that there were not financial crises associated with those business cycles.

I don't know who Noah Smith is or why Brad De Long keeps retweeting him, but I'm not going to waste any further time or energy reading them.
Posted by B. H. at 1:30 PM No comments:

One of my favorite books on American Economic History, Robert Higgs' The Transforamtion of the American Economy, 1865-1914, is available here. Thanks to the Mises Institute and Bob Higgs.
Posted by B. H. at 1:01 PM No comments: