One of my students asked what I thought about bitcoin the other day in class. I told him that I thought Tyler Cowen had made an interesting case for an eventual decrease in the value of bitcoin. Consequently, I am reposting a link to Marginal Revolution here.
Posted by B. H. at 7:35 AM No comments: 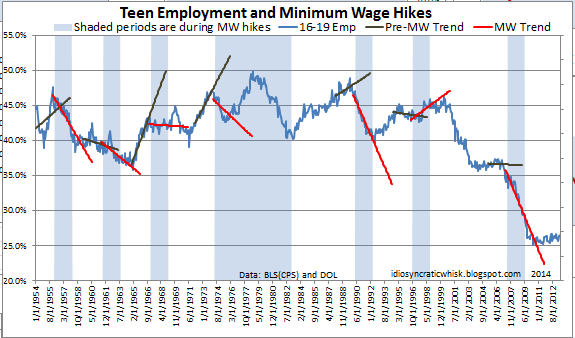 I got back from the ASSA meetings in Philadelphia last night. I had some excellent food. We'll have to go back to Alma de Cuba when its warmer and try their ceviche sampler. We took Mary's students Leanne Roncolato and Megan Fasules out to Serpico, which had a really nice tasting menu. And Pumpkin cemented its position as my favorite place to eat in Phildelphia. Also went to Saint John the Evangelist Friday night.
I also attended some great sessions. The economic history sesions (organized by the Cliometric Society and the Economic History Association) were all excellent and very well attended. The one in which my wife, Mary Eschelbach Hansen and her student, Megan Fasules, presented was packed and both Paul Solman and Matt Yglesias were there. Yglesias even tweeted one of the slides from Mary and Megan's presentation.
Cliometric Society Sessions


“Railroads and the Regional Concentration of Industry in Germany 1846 to 1882,” Theresa Gutberlet (Rensselaer Polytechnic Institute)


“The Great Divergence and the Economics of Printing,” Luis Angeles (University of Glasgow)


Poverty from a Historical Viewpoint


“Up from Poverty? The 1832 Cherokee Land Lottery and the Long-run Distribution of Wealth,” Joseph Ferrie (Northwestern University) and Hoyt Bleakley (University of Chicago)


Reception hosted by the Cliometric Society


“Financial Liberalization and Bank Failures: The United States Free Banking Experience," Philipp Ager (University of Southern Denmark) and Fabrizio Spargoli (Erasmus University)
Posted by B. H. at 8:36 AM No comments: