The 1894 Act to reduce taxation 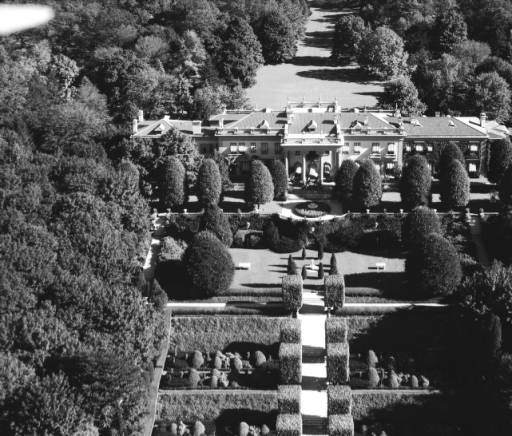 Steven Weisman argues in the Washington Post that most people believe the tax rate they pay is fair, but worry that the rich don’t pay their fair share.  I just wanted to elaborate a bit on the history of the income tax.  Weisman writes about the introduction of an income tax during the Civil War and then states that
“The income tax disappeared when the war ended. But it returned on the eve of World War I, enabling President Woodrow Wilson to raise the marginal income tax rate to 70 percent. Wilson called paying taxes a “glorious privilege” and a way for the businesses profiting from military buildup to give back. Sen. Hiram Johnson of California even attacked “the skin-deep dollar patriotism” of those who favored war but opposed taxes on the wealthy.”

The tax did disappear when the war ended and did return on the eve of World War I, but that was the second time it had returned.  The first time was in the 1890s. I suspect it was an editorial decision to leave this episode out. Weisman has written a book about the history of the income tax and certainly knows about the events of the 1890s. Unlike him, I have no space constraint on my blog so I have room to recount the story of the Wilson-Gorman Act. If anyone wants the references for the information below see chapter seven of my book on the Farmers Loan and Trust Company.
Generally referred to as the Wilson-Gorman Act, or simply the Wilson Act, the official name of the 1894 income tax legislation was "An act to reduce taxation, to provide revenue for the government, and for other purposes." The tax reduction referred to in the Act was a reduction in tariff rates. To make up for the reduction in tariff revenue, the Act imposed a two percent tax on incomes over $4,000. “The object,” the lawyer James C. Carter later explained, “was to redress in some degree the flagrant inequality by which the great mass of the people were made to furnish nearly all the revenue, and leave the very wealthy classes to furnish very little of it in comparison with their means.”

In addition to being part of the wealthy classes, executives of trust, banking and insurance companies had additional reasons for opposing the new taxes. In addition to the individual income tax, the Act also imposed a two percent tax on the income of corporations. This tax alone would have raised considerable opposition, but the leaders of these particular financial firms were even more troubled that the Act exempted financial institutions organized on a mutual plan from the tax. They wanted to have the law ruled unconstitutional but, there were two obstacles to challenging the law in court. The first obstacle was that the Supreme Court had already rejected a challenge to the constitutionality of an income tax. The income tax imposed during the Civil War had been challenged and upheld.  The second obstacle was that §3224 of the United States Revised Statutes, declared that “No suit for restraining the assessment or collection of any tax shall be maintained in any court.”  Thus individuals and corporations subject to the tax could not directly oppose the collection of the tax through the courts. Only after they had paid the tax under protest could they mount a legal challenge.
William D. Guthrie, a partner in one of the most prominent legal firms in New York: Seward, Guthrie, Morawetz and Steele, believed that the first obstacle was really no obstacle at all. In his opinion, the previous decisions upholding income taxes were in error and, therefore, the Court was not bound by them. The second obstacle was a little more difficult, but Guthrie thought that there was a way around it as well. He believed that a “suit in equity, with the remedy of injunction, often affords the most prompt and satisfactory relief where property rights are involved.”  But to bring the case within equitable jurisdiction it was necessary to show that “there is no plain, adequate and complete remedy at law.”  An injunction could not be obtained simply by arguing the law was unconstitutional. “Before the aid of a court of equity can be invoked,” he explained, “it must appear that the enforcement of the tax would lead to a multiplicity of suits, or produce irreparable injury, or, where the property is real estate, would throw a cloud upon the title of the complaint, or that there is an element of fraud or breach of trust, or some other ground of equitable jurisdiction.”  He concluded that “if a trust company should be about to voluntarily comply with an unconstitutional tax law, and should decline to accede to the request of a shareholder asking the trustees to pay under protest and to contest the legality of the tax, a suit might be brought against the trustees to restrain them from violating their duty.”  The case would not technically be a case to prevent the collection of the tax but a case to prevent a corporation from violating its duty to its shareholders. Nevertheless, the Court would be forced to rule on the constitutionality of the tax.  Guthrie worked to initiate two cases based upon this plan, one with the Farmers’ Loan and Trust Company and the other with the Continental Trust Company.

The boards of trustees of both companies agreed to adopt a resolution “somewhat to the effect that while there is doubt about the constitutionality of the Act, they are not disposed to hamper the Government in collecting its revenue, and that they will, therefore, set aside from the profits of last year a sufficient amount to pay the income tax and will pay it when it becomes due.” After the announcement, Guthrie made a formal request on behalf of Charles Pollock that the company seek the advice of the courts or pay the tax under protest. Charles Pollock was a citizen of Boston and, since 1892, the owner of ten shares of stock in the Farmers’ Loan and Trust Company. The board of directors refused to comply with Pollock’s request and Guthrie filed a bill in equity on behalf of Pollock and all other similarly situated stockholders seeking to enjoin the Farmers’ Loan and Trust Company from paying the tax. The bill claimed that the tax was unconstitutional, that Farmers’ would violate its duty to its shareholders if it paid the tax voluntarily, and that great injustice would be done if the tax were paid.

Newspapers throughout the country speculated as to who was ultimately footing the bill for the case: New York businessmen, the trust companies, or simply wealthy New Yorkers such as the Astors.  The speculations were largely correct.  Guthrie’s corporate clients were the ones funding the case. Essentially, the lawyers on both sides of the case were working for the trust companies.
Historians have tended to emphasize the personal income tax and the issue of whether or not it was a direct tax:  Article I, Section 8 of the Constitution requires that “Duties, Excises and Imposts, Shall be Uniform throughout the United States.”  Although the personal income tax has received the most attention, Guthrie and his team placed considerable emphasis on the tax on financial institutions and the issue of uniformity.  In Guthrie’s view, “Congress has no power, at the expense of others owning property of the same character, to foster and aid private trading corporations, such as building and loan associations, savings banks and mutual life, fire, marine, inland, and accident insurance companies or associations, which serve no national purpose or public interest whatsoever and which exist solely for the pecuniary profit of their members.”

Justice Fuller delivered his opinion on April 8. The Court held the law to be invalid in so far as the tax on income from real estate was held to be a direct tax that was not apportioned among the states and the tax on municipal and state bonds impinged on the power of states to borrow. Fuller went on to observe, however, that many of the central issues of the case had not been settled. Justice Jackson had been absent and the remaining justices had not been able to arrive at a majority opinion on whether the entire income tax was unconstitutional. “Upon each of the other questions argued at the bar,” Justice Fuller noted, “the justices who heard the argument are equally divided, and, therefore, no opinion is expressed.”  Because of the importance of the unanswered questions, both sides asked for a rehearing before the full Court. In the meantime, Guthrie attempted to ready other challenges to the Act. Though he did not proceed with them after the application for a rehearing of the Pollock case was quickly accepted by the Court, and the rehearing was scheduled for May 6,7, and 8.
Counsel on both sides made essentially the same arguments they made at the original hearing. The decision of the Court was announced on May 20. The majority of the Court determined the income tax imposed in the law to be invalid. The vote was five to four with Fuller, Field, Brewer, Gray and Shiras in the majority and Harlan, Brown, Jackson and White dissenting
The victory of the anti-tax forces in 1895 is generally regarded as a fleeting one. The Sixteenth Amendment (1913) allowed for direct taxes that were not apportioned among the states and Congress soon passed an income tax. But the view that Pollock v. Farmers’ Loan and Trust Co. lost its relevance with the passage of the Sixteenth Amendment arises from a tendency to focus solely on the second hearing of Pollock v. Farmers’ Loan and Trust Co. and the issue of the personal income tax. The opinions in both the first and the second hearing of the case contained other rulings on taxation. In both opinions, the Court ruled that the federal government could not tax the bonds of states and municipalities.

Some feared that the Sixteenth Amendment would overturn the exemption of state and municipal bonds. The wording of the Sixteenth Amendment was quite broad. “The Congress shall have power to lay and collect taxes on incomes, from whatever source derived, without apportionment among the several States, and without any regard to enumeration.” But it only overturned the portions of the Pollock opinion dealing with income. The exemption of income from state and municipal bonds expressed in Pollock was not explicitly overturned by the Supreme Court until 1988 in South Carolina v Baker.  Even then the Court did not reject Fuller’s logic in the Pollock case. Instead, it declared that the case law regarding intergovernmental relations had evolved.  Justice Brennan explained that “under the intergovernmental tax immunity jurisprudence prevailing at the time, Pollock did not represent a unique immunity limited to income derived from state bonds. Rather, Pollock merely represented one application of the more general rule that neither the Federal nor the State Governments could tax income an individual directly derived from any contract with another government.”  The rule applied to an employee’s income and rental income from a state government as well as interest payments on its bonds. Brennan went on to explain that ruling in Pollock no longer applied because this underlying rule had since been rejected. “The rationale underlying Pollock and the general immunity for government contract income,” he declared, “has been thoroughly repudiated by modern intergovernmental immunity case law.”


By the way, if you were wondering about the picture, it is photograph of Guthrie's Long Island estate.
Posted by B. H. at 11:13 AM