Counterfactuals and the Study of History

This blogpost was prompted by Marc Parry’s Shackles and Dollars article in the Chronicle of Higher Education. Specifically, the idea attributed to Eric Foner that counterfactuals are a waste of time. There was extensive discussion of the issue on Twitter by Pseudoerasmus, Kevin O’Rourke, Leah Boustan, Vincent Geloso and others, which Brad DeLong collected, and a blogpost by Dietrich Vollrath.

What follows is my attempt to provide some background on the use of counterfactuals in historical analysis and my thoughts on the extent to which there is a methodological divide between historians and economists regarding counterfactuals.

For any reader of this blog who is not an economist, historian, philosopher, or science fiction fan, I would describe a counterfactual history as an interpretation of the past that intentionally departs from generally accepted evidence.  The Man in the High Castle, for instance, is a counterfactual. The generally accepted evidence is that Germany and Japan surrendered; they did not win the war.

Historians asking people to think about how things might have been is not new. Consider this example from G.D.H Cole’s Introduction to Economic History, 1750-1950 (first published in 1952):
“After delays caused by the difficulties of internal migration, the displaced villagers and their children provided the chief supply of labor for the new factories, and without this reservoir of dis-employed labor the revolution in industry would perforce have been greatly slowed down.”.
Cole is asking you to imagine what would have happened if there had not been an enclosure movement in England. Such statements about what might have been did not really attract much attention until a group of economic historians started to write about counterfactuals in the late 1950s and early 1960s.

To the best of my knowledge, Meyer and Conrad (1957) were the first  to introduce the explicit use of counterfactuals in economic history, making the argument that statemtns about causality always involved a counterfactual. Counterfactuals do not, however, seem to have attracted much attention until Robert Fogel used a counterfactual to estimate the extent to which economic growth was caused by railroads in the nineteenth century. He asked what would the economyhave looked like if there were no railroads in 1890. He concluded that railroads accounted for a relatively small part of the growth in the nineteenth century.

Albert Fishlow also used a counterfactual, in his analysis of the impact of railroads, but neither attracted as much critical attention as Fogel’s work.  Why did people respond so strongly to Fogel’s work? Part of the response was no doubt due to Fogel himself. He was not just an advocate for new methods, he was evangelist: Throw down your old methods, and follow me, and I will make you scientific historians. But Fogel’s counterfactual also required a much greater leap of the imagination than Fishlow’s. It is much easier to imagine a world without the less than 30,000 miles of track that existed in 1859 than it is to imagine a world in which more than 160,000 miles of track have been removed. Fogel compounded that leap of the imagination by asking you to imagine a world that had adapted to the lack of railroads by expanding roads and canals. Both used counterfactuals, but Fishlow only asked you to get rid of the railroads and look at the roads and canals that were actually there. Fogel is asking you to not just make a big leap of the imagination but a very explicit one. Fishlow’s was not as big or as explicit. It is very easy to slip into the notion of thinking of it as a parlor game, or now a computer game, like Robber Baron. 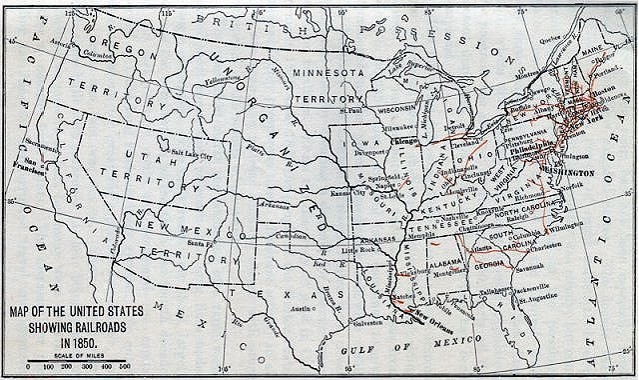 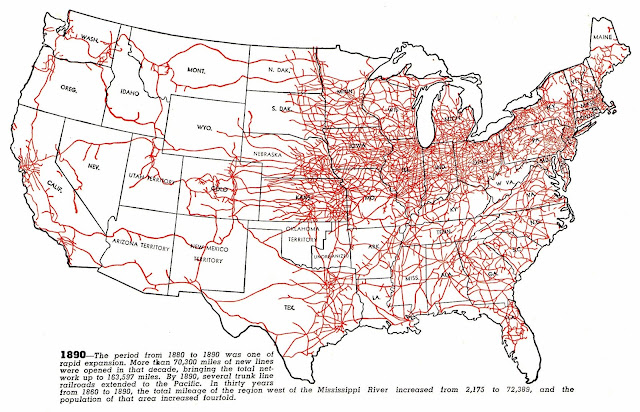 Fogel’s counterfactual required a large leap of the imagination, but it was not a parlor game. It is important to remember that Fogel’s argument was not just against historians like Kirkland, it was against the economist W. W. Rostow and his stages of growth theory, in which the take-off into self-sustaining growth is driven by a leading sector like railroads. Moreover, the dispute with Rostow mattered. Rostow had the ear of powerful people in the early 1960s, people capable of actually influencing development policy (see Easterly 200 , 31-33).  In order to challenge Rostow, Fogel needed to be able to estimate not just whether railroads mattered, but how much they mattered. Obviously many things were important to explaining economic growth in the United States in the nineteenth century. Fogel needed to be able to say to what extent, taking all those other things into consideration, railroads mattered.

Despite the negative responses to Fogel’s work, Foner’s continued aversion to counterfactuals seems like a bit of history itself. Some historians, such as Richard Evans, continue to oppose their use, but counterfactuals have become pretty mainstream. Gary Kornblith (2003) has used a counterfactual to examine the causes of the Civil War. Peter Coclanis and Stanley Engerman (2013) debate whether slavery would have survived in the absence of a Civil War. Niall Ferguson has edited a book of counterfactuals. Joe Crowley has edited two volumes of What If. Bunzl (2004) provided a guide to the use of counterfactual for readers of the American Historical Review. Rebecca Onion argues that more historians should consider the value of counterfactuals. Foner’s student Sven Beckert writes the following on page 97 of Empire of Cotton. 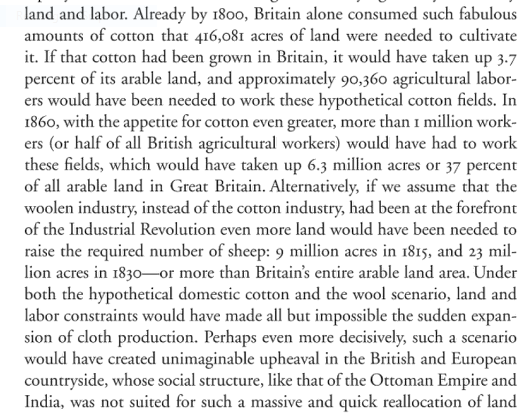 Even Foner is willing to discuss counterfactuals.

I do think there are differences in the way that economists and historians typically use counterfactuals. First, economists tend to use them like Fogel to answer the question “To what extent did x cause y?” Consequently, economists tend to focus on very precise counterfactuals that are embodied in economic models, which incorporate all the relevant explanatory factors. (See Tim Leunig’s survey of social savings studies for numerous examples.)

Second, historians are more likely to deal with questions where the answer to “What caused y?” is a story about a series of events. Consequently counterfactual tend to be like Kornblith's, describing a series of events beginning with Henry Clay winning the presidential election in 1844, events that he argues were not just possible but plausible and can shed light on the causes of the Civil War. Counterfactuals in this cases are less about the quantitative significance than they are about the role of contingency in history. The actions of one individual or the repercussions of one event can make a big difference in these counterfactuals. Any one individual is pretty much irrelevant in a Fogel style counterfactual.

In the end, although there are differences, I do not think that counterfactuals present a fundamental methodological divide between historians and economists. Not all historians oppose the use of counterfactuals, and some economists (McAfee 1983) seem to think they are silly.

Finally, the statement attributed to Foner was misleading in so far as it suggests that there is fundamental methodological divide between historians and economists over the use of counterfactuals.The statement  was also inaccurate because the economic historians that have challenged Baptist et al have not done so on the basis of counterfactuals. It is instead, Baptist et al who have created interpretations that are not based on actual evidence. One of the primary features of Baptist’s book is that he overtly and covertly makes things up.