I have seen some interesting responses on twitter to the new Capitalism and History journal that I mentioned yesterday. She is not alone, but I saw Vanessa Ogle’s response first.

I have to admit that I was surprised by the diversity in terms of disciplines and politics and did not notice the lack of diversity on other dimensions. This, however, is not the first time someone has noted that some of the most prominent participants in the New History of Capitalism seem to have problems with race and gender.
Posted by B. H. at 9:36 AM No comments: 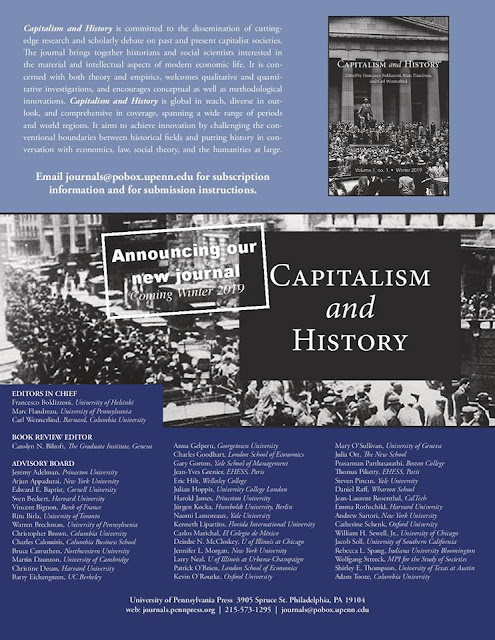