I finally had a chance to read the NBER working paper by Lisa Cook, Maggie E.C. Jones, David Rosé, and  Trevon D. Logan on The Green Books and the Geography of Segregation in Public Accommodations. They identified the locations of businesses listed in the Green Books and then analyzed how they changed over time as well as how the locations were related to other characteristics of the areas where  they were located.  Their primary conclusions are described in the abstract:

Jim Crow segregated African Americans and whites by law and practice. The causes and implications of the associated de jure and de facto residential segregation have received substantial attention from scholars, but there has been little empirical research on racial discrimination in public accommodations during this time period. We digitize the Negro Motorist Green Books, important historical travel guides aimed at helping African Americans navigate segregation in the pre-Civil Rights Act United States. We create a novel panel dataset that contains precise geocoded locations of over 4,000 unique businesses that provided non-discriminatory service to African American patrons between 1938 and 1966. Our analysis reveals several new facts about discrimination in public accommodations that contribute to the broader literature on racial segregation. First, the largest number of Green Book establishments were found in the Northeast, while the lowest number were found in the West. The Midwest had the highest number of Green Book establishments per black resident and the South had the lowest. Second, we combine our Green Book estimates with newly digitized county-level estimates of hotels to generate the share of non-discriminatory formal accommodations. Again, the Northeast had the highest share of non-discriminatory accommodations, with the South following closely behind. Third, for Green Book establishments located in cities for which the Home Owner’s Loan Corporation (HOLC) drew residential security maps, the vast majority (nearly 70 percent) are located in the lowest-grade, redlined neighborhoods. Finally, Green Book presence tends to correlate positively with measures of material well-being and economic activity.

The paper also made me wonder about the the Green Book in relation to places that I have lived. You can view digitized Green Books through the New York Public Library. I looked at the 1959 issue for Fredericksburg, Virginia and Nebraska, where I am originally from.

Here are some pictures of the Fredericksburg hotels listed in the Green Books: The Hotel McGuire and the Rappahannock Hotel. They were located across Princess Anne Street from each other near the corner of Princess Anne and Wolfe Street. It was an ideal location in several ways Princess Anne was part of the original Route 1. The Greyhound Bus Station was located on the same corner, and the train station was one block south. 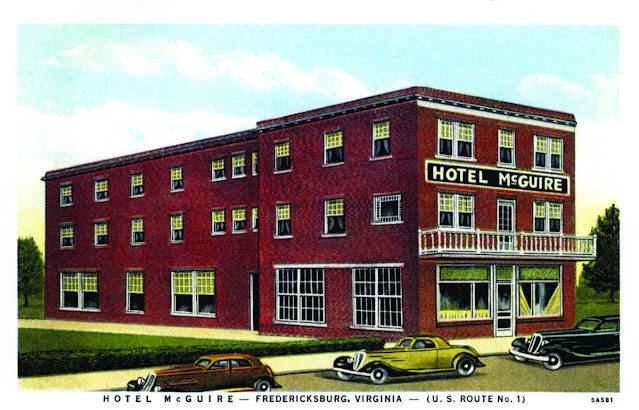 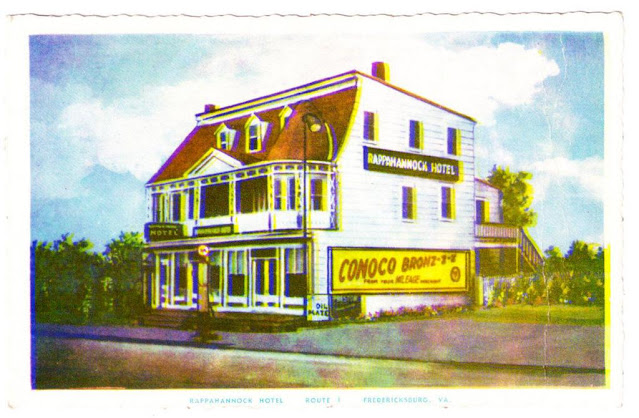 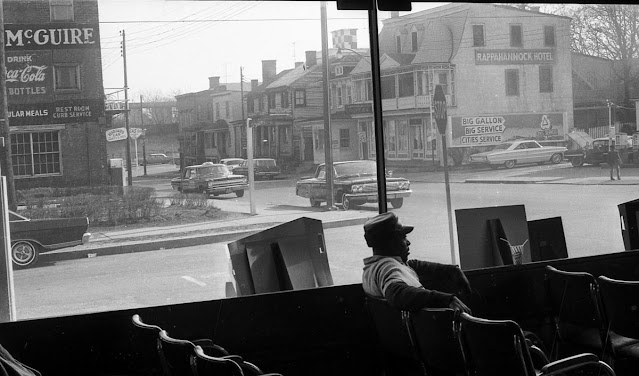 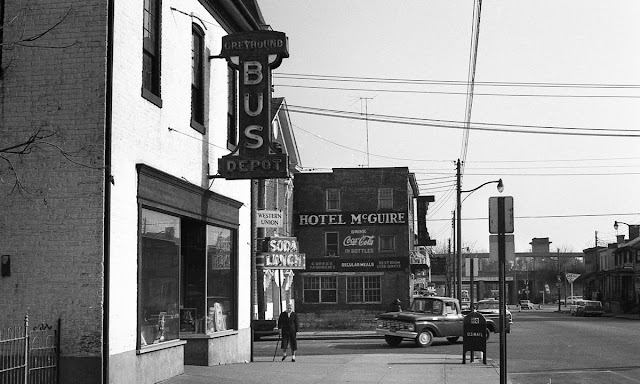 Both Hotels were Black owned, and it was a predominately Black neighborhood. Shiloh Baptist Church (New Site) was next door to the McGuire and Mount Zion Baptist Church was less than a block away. Here is an article from the Free Lance Star with people reminiscing about growing up in the neighborhood. 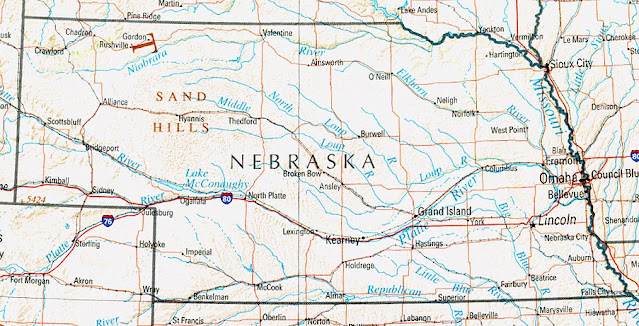 According to the 1960 Census, the three counties that these towns were located in had a Black population of 19. I suspect the location of these hotels had to do with the fact that U.S. Route 20 goes through each of these towns. Route 20 goes from Newport Oregon and passes through Idaho, Wyoming, Nebraska, and Iowa before reaching Chicago and, ultimately, Boston. If you were anywhere in the Pacific Northwest and wanted to go to Chicago, Detroit or further east, Route 20 would likely have been your route. 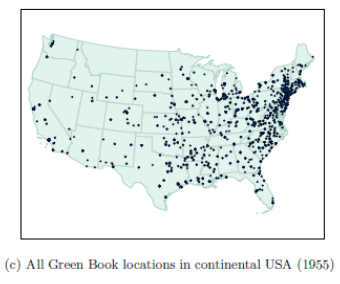 (The map is from the  Green Book working paper) 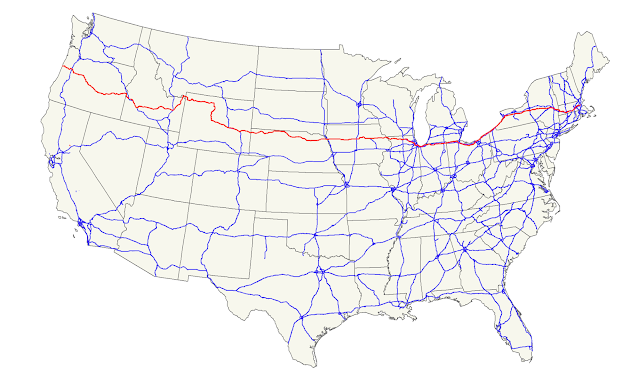 The Fredericksburg and Nebraska locations were both listed in the Green Book and both were located on what were, at the time, important highways, but that it pretty much where the similarities end. The Hotels in Fredericksburg were Black owned, located ina Black neighborhood, and catered to a Black clientele. I am not absolutely cetain, but I suspect that the motels in Valentine, Chadron and Ainsworth were not segregated. As best I can tell the Midwest Hotel in Ainsworth was white owned was listed in the American Hotel Associations Red Book. 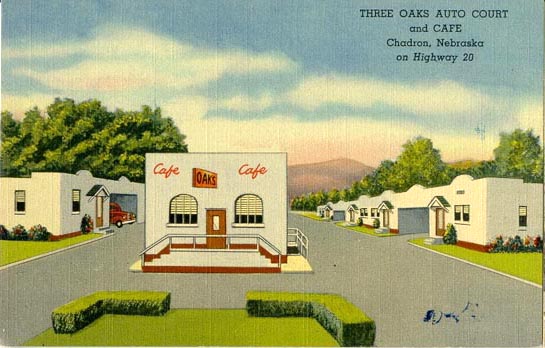 
It is less obvious why the rural Nebraska hotels were accommodating enough to be included in the Green Book. I grew up in small towns in Nebraska in the 1960s. I’m reluctant to believe that racism was just not an issue. I never saw any Black people but that didn’t keep people from being prejudiced against them.  My uncle lived in Valentine for awhile, its just across the border from the Rosebud Reservation and I suspect its residents would not tell you that racism is absent from the area. On the other hand, pressure to conform to norms or laws that enforced segregation were probably not as great as they were in places, like Fredericksburg, where there was actually more interaction with Black people. In addition, the profit margin on a small rural hotel may have made it difficult to turn anyone away.